Pilot is the first episode of Yu-Gi-Oh: The Abridged Series.

After YouTube removed the first two episodes of Yu-Gi-Oh: The Abridged Series from LittleKuriboh's account for copyright violation, he uploaded a live action performance of this episode, using no footage from the series itself.

On 13th April 2009, LittleKuriboh uploaded a remake of this episode, with higher quality sound and voices.

LittleKuriboh dubbed this episode in French, under the name C'est une Série Abrégée!

Our tale begins. Yugi and Kaiba face-off in a duel.

At school, Yugi Muto and Joey Wheeler are playing Duel Monsters. Yugi mentions that his grandpa has a rare card, which Seto Kaiba is interested in and says that he has nothing better to do than check it out. After school, the group goes to Solomon Muto's game shop, where he shows his rare card, the Blue Eyes White Dragon. Kaiba comes in and demands the card, but Solomon refuses. Before leaving, Kaiba says that he will send some thugs to kidnap Solomon, where the latter says that Kaiba needs to get laid. Tristan Taylor comments big time.

Yugi gets a call from Kaiba, who says that he dueled Solomon into submission and wants Yugi to call an ambulance for him, because he has far too much money to be expected to do it himself. Yugi and his friends arrive at Kaiba's duel arena, and see him ripping the Blue Eyes card in half so it cannot be used against him, but Yugi comments on Kaiba's stupidity and that why he shouldn't tear up every other card in the world. Kaiba tells Yugi to shut up and duel him. Tea Gardner pulls out a marker and draws a smiley face on her, Yugi, Joey, and Tristan's hands. The marker turns out to be permanent, with Tea saying she took it because she is a kleptomaniac. Tristan notes that his wallet is missing and Tea quickly accuses Kaiba of taking it.

Yugi transforms into Yami Yugi and starts dueling Kaiba who wonders whether Yami's testicles dropped in the last five seconds and asks what happened to his voice. Yami is amazed by the holograms Kaiba's duel arena produces, which he also adds that it was another dumb idea to waste a lot of money on holograms for children's card games. When Kaiba corners Yami with three Blue Eyes White Dragons, Yami questions the legality of the move, which Kaiba replies with "Screw the rules, I have money!". Yami then summons all five pieces of Exodia the Forbidden One which wins him the duel. Mokuba Kaiba makes a short cameo and then Yami mind-crushes Kaiba. At the hospital, Solomon awakens and says he wet himself. Meanwhile, at a castle, a henchmen of Maximillion Pegasus says that Kaiba has been defeated by Yugi and also that it is time for Pegasus' sponge bath. 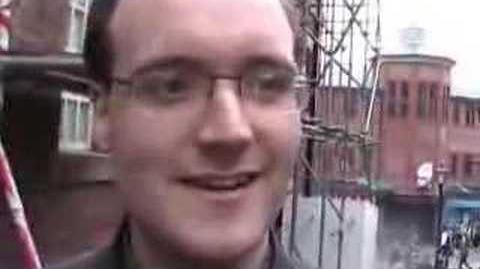 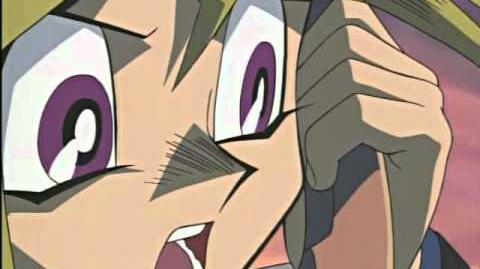 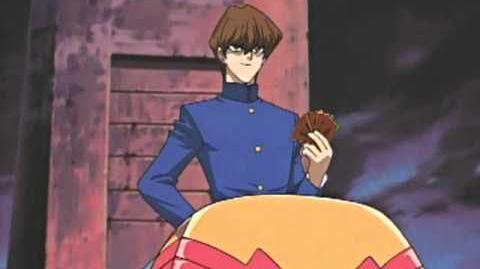 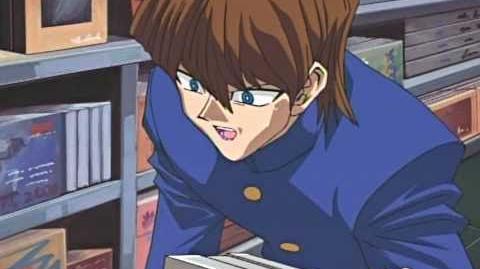 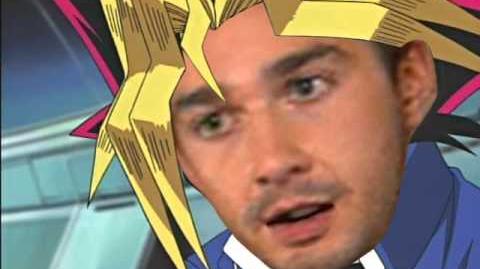 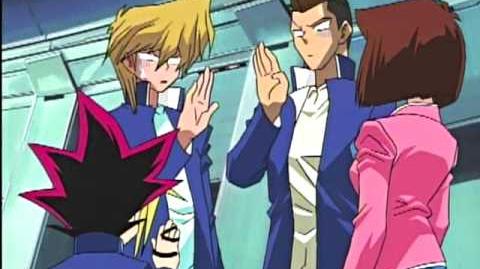 Retrieved from "https://ygotas.fandom.com/wiki/Pilot?oldid=23372"
Community content is available under CC-BY-SA unless otherwise noted.